as a rookie Coit tech, I first cleaned the young couple's home when she was expecting her first child.


My next visit had me cleaning around the crib of the sleeping baby..

Twice a year visits until the little girl would great me with a crayola masterpiece featuring me, and a big hug.

No art or hugs as he was shy like dad.

Dad was a long distance runner.

2 weeks after his annual health check up, Dad dropped dead out on the trail, al'a Jim Fix.

Dogs came and went to fill the void.

more frequent visits for a while..

She was and is still a nurse and eventually she remarried to their family doctor.

I was at the wedding and took great joy in explaining my relationship to the bride..

Daughter hit her late teens and the hugs stopped.

She went off to college to UMASS near Boyle.

Davis and Ely continued to take care of their floors when I moved away.

My fave for sure.

Marty will explain when he wakes up.

When he posts a cryptic tale or makes a VERY inside joke, that’s when he make me feel like the dumb kid in the back of the classroom.

Boyle brags on his cars and Mikey brags on everything. I like everything better.
Reactions: Lee Stockwell and Jimmy L

hogjowl said:
Boyle brags on his cars and Mikey brags on everything. I like everything better.
Click to expand...

I wish I would have kept one of those Crayola's.....
Reactions: Swani and Lee Stockwell

Watching an appreciating the generations as they come.To me was one of the greatest benefits of the job...
Reactions: Mikey P
You must log in or register to reply here.
Share:
Facebook WhatsApp Email Link 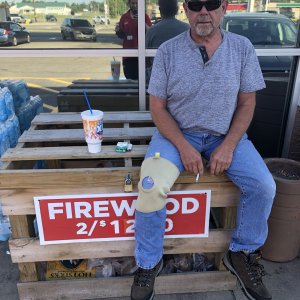