And I don't regret buying that truckmount. I took it to get it's 1k hr service and got a good report. During the 1k hrs, a few small things acted up like any truckmount would, so it's not worth mentioning.

The only major thing that just recently happened was the starter in the last 2 weeks. My suspicion is the small battery that came with the truckmount causing the starter to turn over slower than a bigger battery would during the hot days, but I don't have a fancy engineering degree behind my desk, so common sense won't win an argument with those people. It was a quick fix, so I'm glad it's starting better than it ever did in during that first 1k hrs.

I'm curious as to how they ran the hoses on the new Everest 870. During the 1k hr service, my mechanic had to shield several hoses behind the face of the truckmount, due to them rubbing together, causing premature wear. Does anyone know if Legend fixed that problem? If not, anyone that has that model needs to get in there and zip tie some protection hoses on them.

As for the heat exchange system report on my 650...it's perfect, and they should've left that on the new design. After 1k hrs, it was spot free clean during the inspection. Less can go wrong with the manual heat diversion, and my mechanic (who has over a decade of experience working on Sears' Everests) gave me a bunch of information tips on it.

That's my report. Who else has a 650, and how did it hold up during the first 1k hrs?
Reactions: Lee Stockwell, sOOper hero, The Lurk and 2 others

Where do you get it serviced?

I'm not reading all that. Marty, what did he say?
Reactions: rider0992

Just be happy it wasn’t a video

hogjowl said:
Where do you get it serviced?
Click to expand...

I’ve heard of them.
Are they honest, as far as you’ve seen?

Their website looks like they’re a TCS outlet.
In the same area as TCS.
Makes no sense.

Wow, when you're in your recliner you're as investigative as FredC.
Reactions: Jimmy L and hogjowl

hogjowl said:
I’ve heard of them.
Are they honest, as far as you’ve seen?
Click to expand...

I've known them for the 17years I"ve been in business. They recently split off from JD about 3-4 years ago and started their own business. I put full trust in them.
Reactions: hogjowl

Tell them to ditch propane.

hogjowl said:
Tell them to ditch propane.
Click to expand...

I agree. Their website is outdated. I don't see any TCS units for sale at their place. They only sell chems and tools right now. Their main cash flow is service from what I know

hogjowl said:
I’ve heard of them.
Are they honest, as far as you’ve seen?
Click to expand...

Oh oh...did Big Mike and Will finally have enough of YOU?
Reactions: Matt Wood

Why do yo have to make EVERYTHING an issue?
Reactions: Matt Wood

Nomad74 said:
I'm not reading all that. Marty, what did he say?
Click to expand...

I almost did, but just couldn’t. My attention span is small.

hogjowl said:
Why do yo have to make EVERYTHING an issue?
Click to expand... 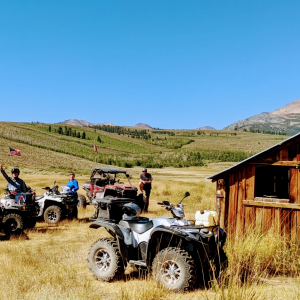