Should I enable such behavior or not?

My Tech cleaned a white sofa 35 months ago.
3 months ago she emailed me to complain about how dirty the sofa was 32 months after the cleaning.
She is implying that my machine didn't work properly on the cleaning day-- I have no record of issues o during that time with the machine.
She wanted free cleaning then. I informed her that maybe it was a defective fire retardant issue.

So 2 days ago she is asking me to pay $650 for a slipcover because she doesn't want to toss the sofa out.
Sent emailed a photo of a dirty browned out white sofa.

My lawyer friend says-- she waited too long to respond and the item has been out of my control for too long-- so I'm not obligated to rectify the issue.
I would clean it again if I felt she was being reasonable-- but I feel she is being dishonest.

She stated the cleaning code of "S" meant I should have never used HWE.-- I've been trained that it's possible to clean toilet paper with water.
She also claims that the furniture store, which is a big one--- has never heard of the defective fire retardant issue-- which must be a lie because now the company advertises that their sofas don't have fire retardant.

I'm torn between ignoring her or cutting a check.
I don't plan on ever servicing her again.

What should I do?

Apologize and tell her she is outside of the time-window to lodge a complaint.

We as business owners are held hostage because of Yelp and Google reviews. So I understand your dilemma.
Reactions: Matt Wood

What's wrong with you? This was 3 years ago. Tell her she fooking crazy and move on. Why are you even talking to a lawyer about this? No court in the world will hold you responsible for her white sofa getting dirty over 3 years
Reactions: Swani and Lee Stockwell

Three years later??? Is she nuts?


I bet she looked at the tag years later saw the no hwe and though you must have done something wrong. How could my sofa possibly look dirty three years later... Unreal.

You needed an attorney to tell you that?
Reactions: Lee Stockwell

Did your tech indeed brown it out?
Reactions: Hack Attack

3yrs is a loooong time for upholstery..

but is it soiled or has it browned out?

I did a light wool berber years ago, and when I got called to clean it again about 18months later it had terrible wicking around the edges

I asked how long had it been like that?
She said it looked like that straight after me, but a friend had told her that sometimes happens and you have to live with it..

I took her at her word, it was my mistake. But not only she didnt complain she called me back

Was the white couch evenly browned out or are there brown lines from overwetting with the upholstery tool?

even if there is those brown lines, It’s been 3years!!! Another cleaner could’ve come in between that time and did the damage
Reactions: The Great Oz

Don’t pay her anything

Mikey P said:
Did your tech indeed brown it out?
Click to expand...

if he did-- wouldn't a sane person contact me sooner?
I could fix it---- but she is soo unreasonable, I wouldn't feel safe serving her again.
Reactions: Sierra Clean Care

Matt Wood said:
It’s been 3years!!! Another cleaner could’ve come in between that time and did the damage
Click to expand...

3 years ago. No.
Reactions: Sierra Clean Care and Nomad74

3 months...probably not. 3 days ago...I own it.
Reactions: Sierra Clean Care

hogjowl said:
You needed an attorney to tell you that?
Click to expand...

The Attorney is my friend. didn't cost me anything. I help her at her cabin/ranch all the time for free.

Learn to smile as you say "NO!"
Reactions: Nomad74

Of the attorney?
Reactions: Papa John 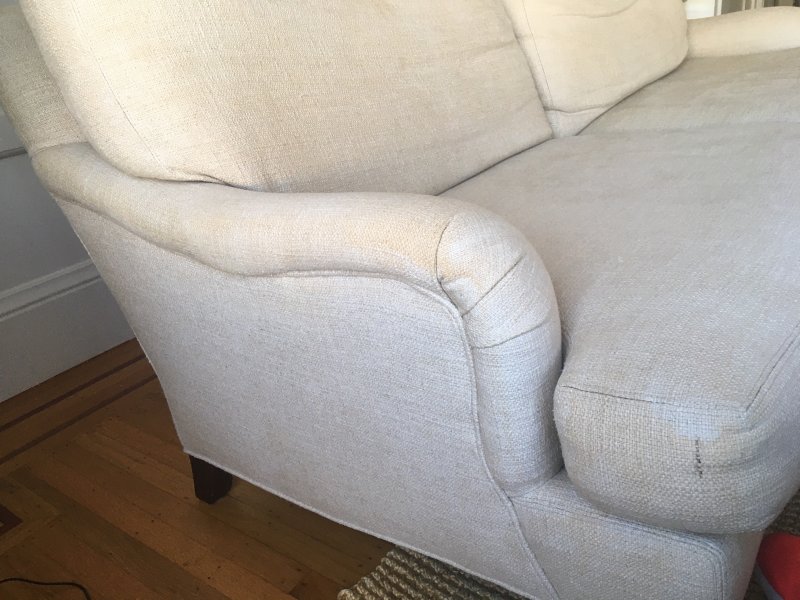 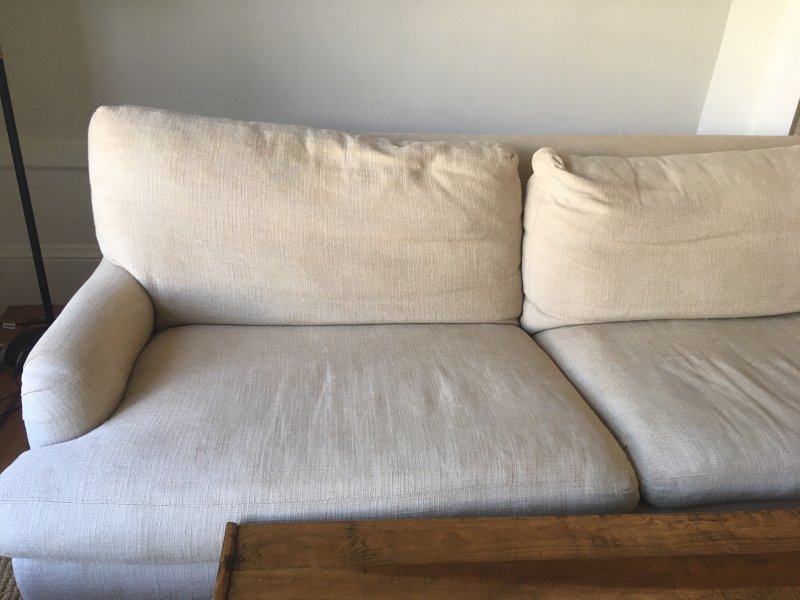 Papa John said:
She is fugly.
Click to expand...

Mikey P said:
Looks like cleaning gone bad to me.


Or spend a few hours there and fix it...
Click to expand...

Im afraid it a touch it-- i would reopen myself to liability.
And why did she wait 33 months to complain?
Reactions: Bob Pruitt and Matt Wood

Papa John said:
Im afraid it a touch it-- i would reopen myself to liability.
And why did she wait 33 months to complain?
Click to expand...

It's not your problem anymore. Forget about it.
Reactions: Bob Pruitt
T

I'm a softy but 3 years no way. I won't even clean it again if she paid me. Some of my customers clean their furniture every year. If she rights a bad review just respond to it.
Reactions: Cleanworks

It looks like a clean gone bad.. could of been someone else in that time period

I'd be inclined to say "due to the length of time its due for a clean, so I'll clean it at my 3yrs ago price as a gesture of goodwill"

write up a disclosure that you are not accepting responsibility or replacement etc..
Reactions: Mikey P

I'd explain to her that if she would have called during our "warranty" period and this had been present we would have done everything in our power to make things right but that time limit exist for a reason. She is the reason this issue wasn't resolved.

She wanted a free cleaning about 3 months ago. Im thinking she had it cleaned by either herself or a other company and now looking for a sucker to extort money from.
Reactions: Hack Attack, FredC, Matt Wood and 4 others

Papa John said:
She wanted a free cleaning about 3 months ago.
Click to expand...

Someone with no clue cleaned it so that's clearly not you.

She knew you used HWE to clean it for her, even though it had an "S" cleaning code. She probably felt that means she could clean it herself with a machine from the grocery store. By her reasoning, you are responsible because you didn't tell her that she couldn't clean it herself.
Reactions: Cleanworks
You must log in or register to reply here.
Share:
Facebook WhatsApp Email Link 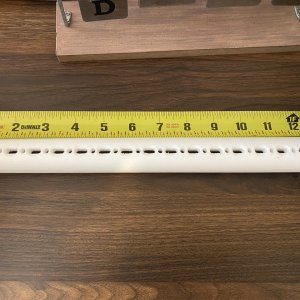